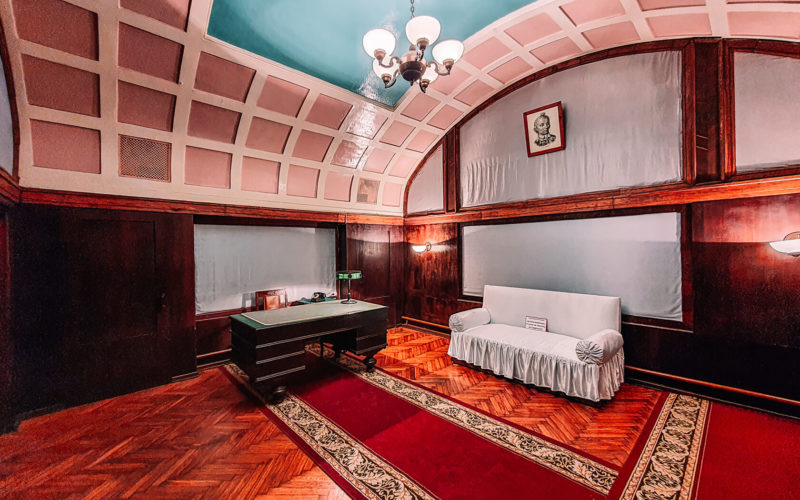 Most likely you do not know that Samara was not always called Samara, in Soviet times it was Kuibyshev (I personally knew her) and was the No. 1 candidate for the reserve capital of the USSR during the Great Patriotic War. It never became the capital, but all foreign embassies from Moscow moved to this city.

Stalin, as we know, did not leave Moscow, but if he did (which is unlikely), then the location was prepared for him. In the building of the Institute of Culture on Chapaev Square They say that when this bunker was declassified in 1990, for the people from this building, the presence of such a structure right under their feet was unexpected. And this, by the way, was the regional committee of the communist party! For almost half a century, they strictly observed the secrecy regime.

The most significant technical structure of this bunker, in my opinion, is a vertical shaft: imagine a subway tunnel placed vertically. It was built on the same principles and technologies. If you realize that the bunker itself is eight-story (37 meters), then you begin to understand the scale of construction in general: to bury almost a nine-story building and so that the surrounding residents did not even suspect about it. Personally, it seems to me that in fact a whole bunch of people knew about this, but they did not live long.

The Father of Nations himself sees you on your journey The interiors do not boggle the imagination: work spaces in the style of those years. Meeting room Perhaps, most likely, there are still premises there, but ordinary visitors are not taken there. Passages and corridors have been adapted for exhibition areas Nobody was going to sit there for years. The guide talked about several days, i.e. really sit out the raid of any power and duration without interrupting the leadership of the country. I think the shelter would have withstood the atomic bombing. Yes, people did not know about the effects of radiation on a person as well as they do now, but they heard about the toxic substances and protection from this was implemented there.