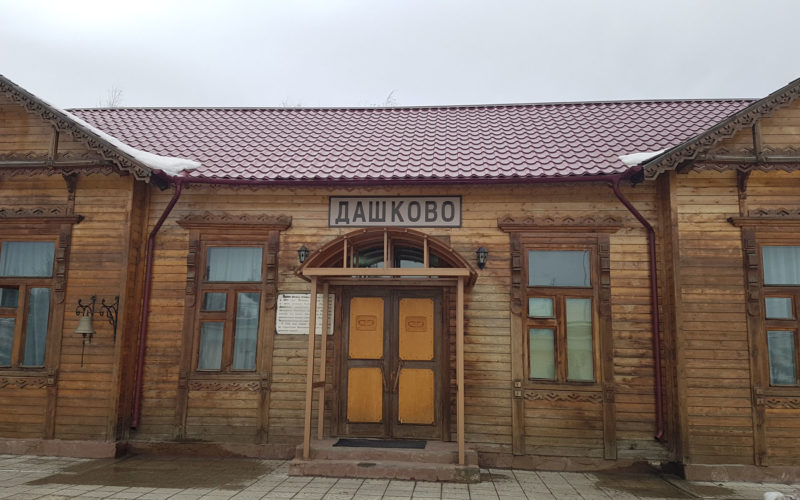 Another business trip took place in February 2019 to Samara. There are many interesting things in Samara, but I chose the railway museum, founded in 2010 by railway enthusiasts. The museum building was moved / restored from the real building of the Dashkovo station, geographically located in the Pezen region, but on the Kuibyshev railway.

Right at the entrance, visitors are greeted by the traditional model of the Cherepanov steam locomotive

in this case, carefully protected by glass.

I must admit that in my life I am quite far from the railway affairs, and in family and relatives – the same thing. But as a person with a technical education, I cannot but be attracted by the beauty of engineering implementation, combined with the scale of creations. I was repeatedly convinced that visiting open areas in the winter months is somewhat suboptimal. And it’s not just the general depression of this time of year. (compare to a summer photo from Tripadvisor about the same angle) Some exhibits cannot be reached. As, for example, here to these What kind of snowdrifts should there be in order to rake them with such a thing? Although if they do such things, then there are such drifts.

As in all similar museums, a varied rolling stock is presented

Attracted the attention of the house of the railway superintendent or rather the logs from which it is complex.

As elsewhere, museum workers are trying to revive the exhibits. And if the teplushka with a passenger caused completely positive emotions and broadened the horizons

but for this “self-propelled gun” I was directly offended One Reply to “Volga Region Museum of Railway Engineering (Samara)”