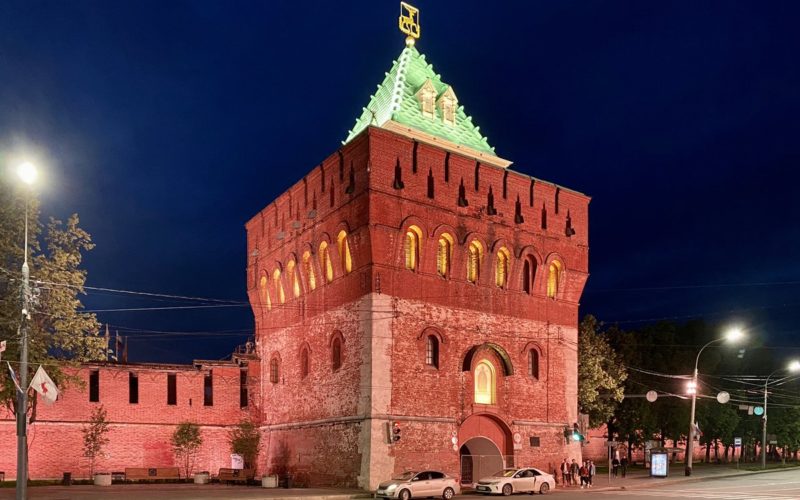 On the territory of the Nizhny Novgorod Kremlin (yes, yes, the Kremlin is not only Moscow and Red Square, but also a significant number of other ancient Russian cities) there is a small exposition of military equipment produced in whole or as important components during the war years at Gorky enterprises, The exposition is divided into two parts by a memorial wall Somewhat in the depths of the territory there is a monument to the La-7 aircraft, which was produced in the city. But this monument is not only to production facilities, but also to people, namely pilots Vasily Ryazanov and Arseny Vorozheikin, twice heroes of the USSR, who shot down 62 enemy aircraft.

The cabin of the “C” series submarine was installed a little further (it would not fit entirely), which were produced at the factories “Krasnoe Sormovo”.

I must say that the exhibits are in full access – you can touch, climb and so on.

If you go deeper, then you come out to another exhibit looking at the Volga expanses and guarding the peace of the Eternal Flame then you find yourself at one more military-historical monument, though older – the period of the Civil War – the boat “Hero”