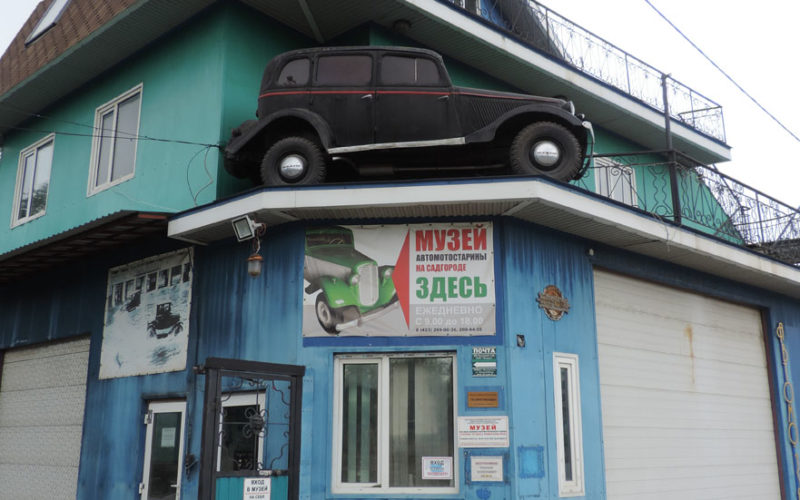 In November 2018, I had a chance to visit Vladivostok and visit a very interesting Museum of Automotive Antiques in Sadgorod The museum has a truly luxurious collection of exhibits, and individual design delights betray people interested in the matter.

Which is not surprising, since the institution (with a high degree of probability) is the base for the military-patriotic club “Technique of the XX century in Primorsky Region.”

It’s nice that work is underway to restore equipment

Moreover, secrets are not made from the “bins”, but on the contrary they are put on display and feel and there are quite a few There are a lot of exhibits, or rather a lot. They are open-air and under awnings, and in pavilions. First of all, I was traditionally attracted by the military theme. Following the results of the first visit, I posted a photo review of MS-1 (T-18) on Dishmodels for 74 photos, including the interior Military equipment of the period of the Great Patriotic War has a hypnotic effect on me: it was with it that our grandfathers showed miracles of heroism, compensating for the imperfection of technology with their lives You understand this especially well when you have the opportunity to take a look at the chronological series of the development of armored vehicles with a single glance, up to modern products

There are a lot of military equipment. There are also separately demonstrated components of combat vehicles, but mostly all the same, the exhibits are assembled This time I fell for cruise missiles, which I had either not come across at all before, or stupidly did not attract attention.

And now I really love them!