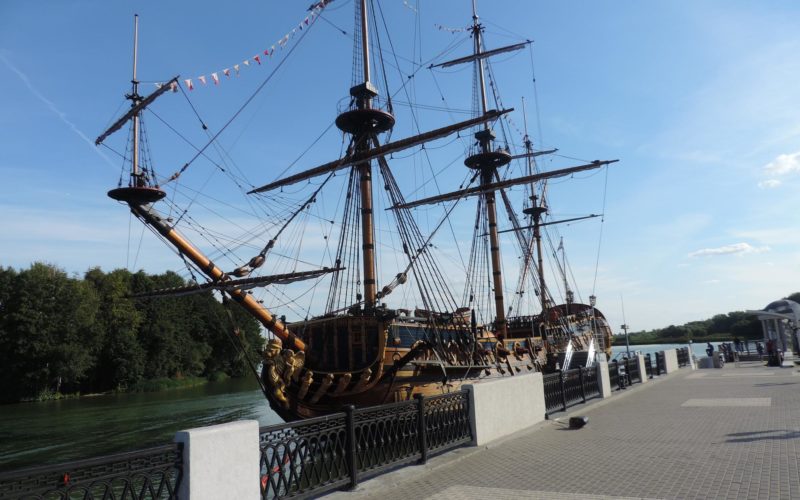 It was very successful (in production and cognitive terms) I had a chance to visit Voronezh in the summer of 2015. Literally a year before my arrival, the ship-museum “Goto Predestination”, which in modern Russian means “God’s Foresight”, was solemnly opened in the city on the Day of the Navy. Of course, this is a copy and not even entirely made of wood. Original: the first battleship of the Russian Navy – was built on the initiative and with the personal participation of Peter I and was launched in April 1700. There his fate was not very good.

I must say that I am a completely land-based person and haven’t really been on modern normal ships (small river boats do not count), but here I’m just sailing. There is a special charm in the web of rigging And the cannons are so lovely! What is remarkable about this ship is the ability to access it inside. Here, the organizers have tried their best to convey the spirit of the times The colorful figures of the ship’s contemporaries also contribute to this.

On the remake, subject to the external copying, part of the internal space, having reduced the number of guns, was taken to the museum. This is done very finely and does not cause a feeling of tension.

Of course, the central figure of the museum is the emperor himself.