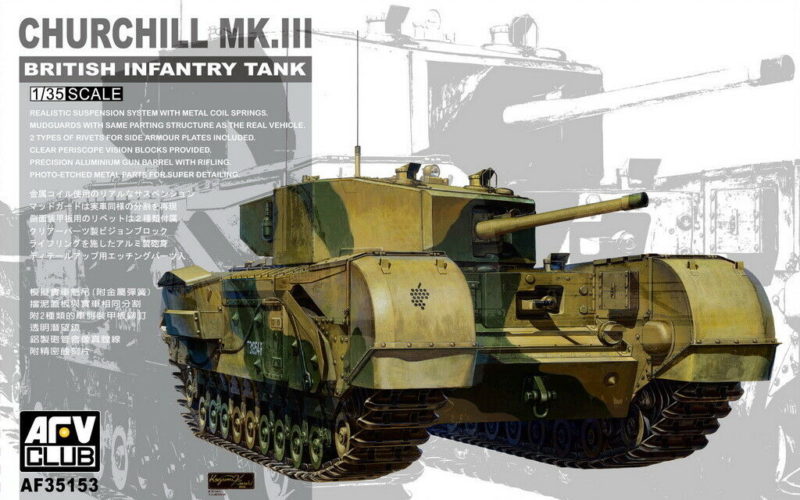 Terry Ashley at one time quite well and exhaustively reviewed the etching kits for the l AFV CLUB 35153 Churchill Mk.III British Infantry Tank It was foolish to repeat them. But it would also be foolish not to show PE from other manufacturers for the same model. Moreover, these same “other manufacturers” do not have the habit of posting product images and instructions for it. And a corporate identity instruction on branded green paper A4 And one more set from Orange Hobby G35-011 Churchill MkIII with instructions on both sides of the A4 half Another frame is most likely universal, since it does not contain a set index

and has a separate instruction In addition, the set contains a package with an antenna, a tube and chiseled smoke bombs. Of all this, including native etching With a significant amount of perseverance and patience, you can get something like this