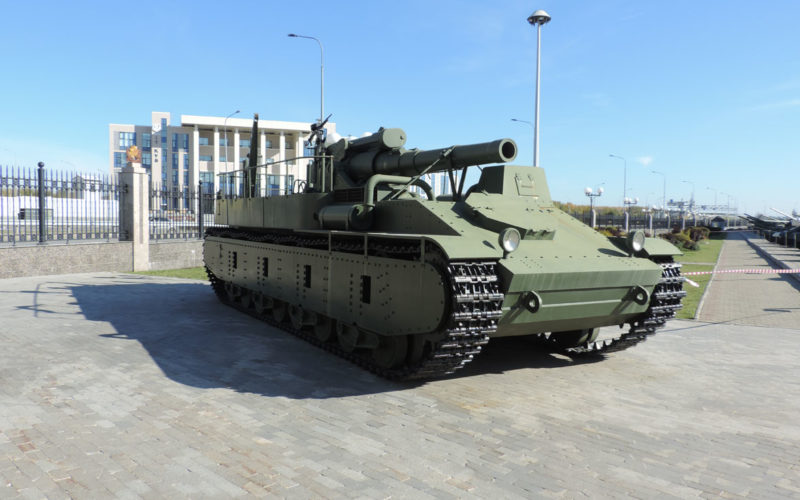 The first time I visited the museum in Verkhnyaya Pyshma about 5 years ago, I was fascinated by it. Since then I have been 3-4 times and the last one was the day before. A museum is like a living organism: it grows, changes. Yes, and my attention is focused on some, then on other points. I will not tell you entirely about the museum – it is big! Now only about those differences that caught my eye.

Immediately at the entrance appeared (like it was not, but I will not swear) such a monstrous SU-14

The increased logical ordering of the exhibits was striking: how they are grouped thematically. A number of modifications of the T-34 In parallel and nearby, a line of heavy Soviet tanks, led by the ancestor of the T-35 Lend-lease technology has been isolated before And a little further a selection of defenders of the sky At the same time I checked my “weathering” of the model Part of the railway exposition is fenced but I’ve been there on previous visits, so it’s okay. But behind it is a novelty – a novelty for everyone: the Myasishchevsky M-4 on a bicycle chassis. The exhibit is still in the process: it is fenced off and the maid outlines the star on the keel with masking tape But it’s not clear to me: if you paint over a star in red, then you need to glue the outer contour. Then I’ll see how it ends.