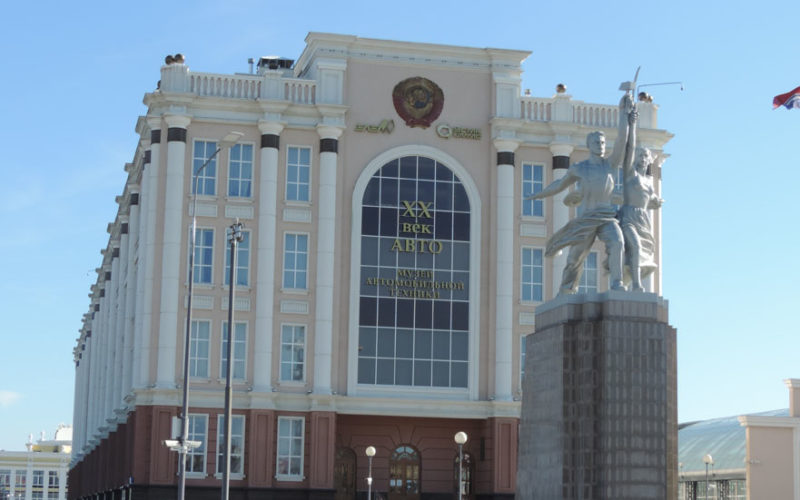 Once upon a time, for a long time, cars, airplanes, armored vehicles and other species exhibits were housed in the same building (photo of 2014). But the exposition, to our delight, grew and the auto and motorcycle direction spun off into a separate building, at the entrance to which we are met by the patriarch from the century before last Undoubtedly, this museum has also changed since my last visit. And in some ways I have changed and my perception of individual exhibits. Having assembled just such a model, everything from the same ICM I already look at her prototype differentl. Now another model of the same company is next in line

And having collected a kitography on bicycles, at the same time getting acquainted with the history of combat bicycles, I already perceive the Russian combat bike from the Dux factory in a completely different way. Although, as I was indifferent to motorcycles, that’s how I stayed even if they are legendary Harleys As in the previous pavilion, a sufficient number of dioramas at a scale of 1: 1 are striking.

Exhibits on 4 floors – immeasurable, I just ran at a gallop. If we look at it in detail, then this is a direct explosion of the brain! PS. And here there is a reserve for the future: two more pavilions have been built nearby, unpretentiously named “Pavilion No. 1” “Pavilion No. 2”, which are not yet allowed Somehow, next to them, I saw a number of trucks for various purposes. Since this is a white spot in the exposition of this museum, I would venture to suggest that these pavilions are for them.