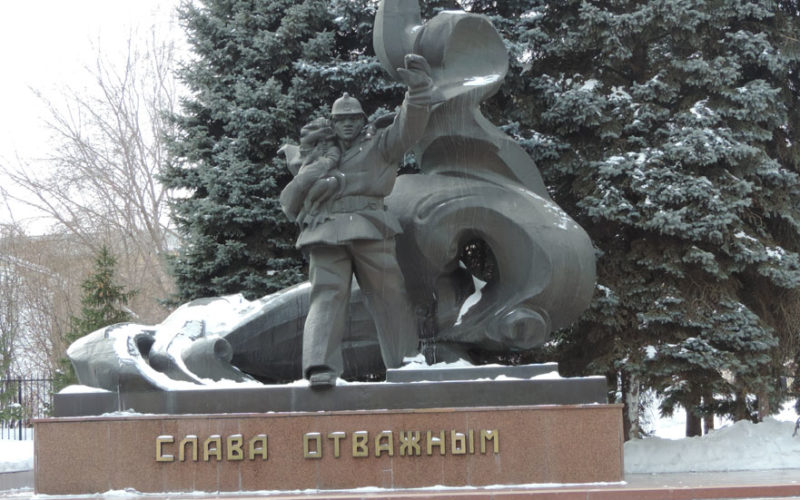 The exposition starts from the origins – from such a stand. (The pump as a connection of this topic with the previous one is like a thread of narration. Which is not surprising, because both of them are produced by the Moscow joint-stock company Gustav List at the beginning of the last century).

On the diorama of the fire exit is a reduced copy of the mechanism at the entrance. But still I don’t believe that only two horses pull it. Samples of equipment are given

This rectangular structure turned out to be very interesting. It turns out that this is a special suitcase for carrying babies out of the fire zone!

Of course, it was impossible to do without fire extinguishers and the mention of their Russian inventor then from the sculpture on the landing – heroism and selflessness Stands with fire-damaged property are quite clear, but more impressive is this flower, which was previously a carbon dioxide bottle.

The exposition is replenished a little, as with modern exhibits, and the activities of a voluntary search detachment, which regularly travels to excavations in the Stalingrad region I would like to wish the museum further development and replenishment of the exposition (status and space allow), with the exception of this stand (inscription: “Glory to the brave, who fell in combat post”)