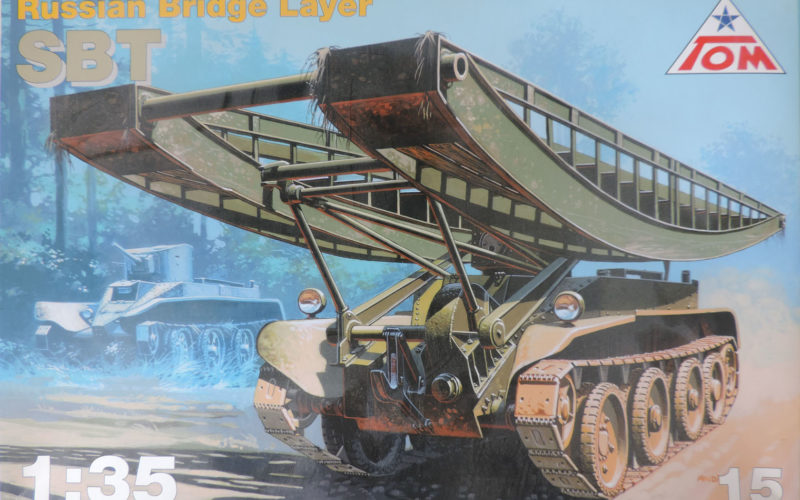 As I said, here I will post reviews of models that are impossible to pass by. To be honest, the previous posts were reprints of my old reviews posted on Panzer35. .

I am doing this review ahead of time – the material part of the photo studio is not ready yet, so do not blame me for the photo, but circumstances force me. I am preparing kitography for BT tanks and it is necessary to describe a model from the German company Tom Modellbau of a bridge layer based on BT-2. I didn’t find it on the network, and since I myself have the box, I have to review it myself.

Since in those days the term “bridgelayer” did not yet exist, such tanks were called sapper tanks in the USSR. Accordingly, the abbreviation SBT stands for “sapper BT”. The big one and the green one in the center are the BT-5 sprues from Zvezda, we won’t look at it here. The set is old, well known, often reviewed, and it is not about him here. Why and for what it will be completely clear during assembly, but looking at the photo of the prototype it can be assumed that these are parts of a lifting-bearing structure. The openwork piece of white metal is slightly bent, but this is not important The second sachet is full of resin parts, among which one can guess a non-standard turret for BT (according to rumors from the T-38) and some components of the lifting mechanism.

In a large bag we have two pairs of low pressure plastic sprues. but they are not critical at all.

The second frame is a little more varied. The quality is also not up to par, but I liked the boards: not completely smooth, but the relief is not excessive. Yes, and this is not large-scale, but beautiful.

Well, to understand the size of the finished model Instructions on both sides of an A4 sheet

The result of the construction should be something close to

But on my shelf it will be placed like this